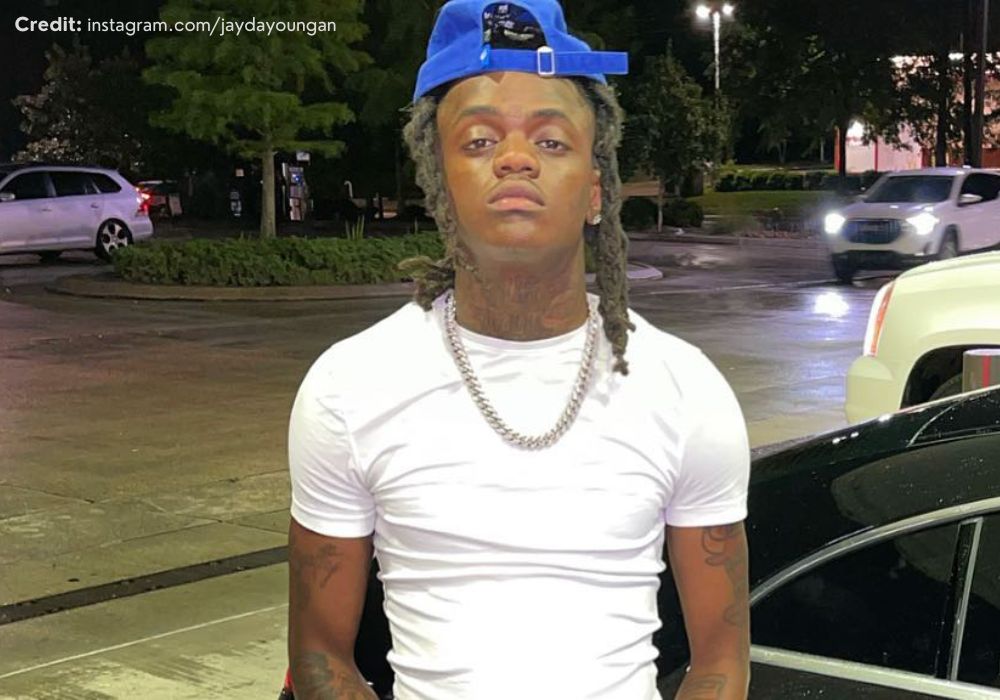 JayDaYoungan Net Worth is $1.5 million. JayDaYoungan was an American rapper and singer whose real name was Javorius Tykies Scott popularly known by the stage name “Jaydayoungan”. He was raised in a small Southern town and became well-known on the basis of his unmatched talent, attracting millions of fans with his viral videos and distinctive songwriting.

JayDaYoungan entered the music industry at a very young age and released his first mixtape at the age of 18. Since then, he continued to perform as a rapper and had gained acclaim from both local and international fans. He also had a decent fan base on a number of social media sites, such as YouTube and Instagram.

He was most recognized for his singles “23 Island, Elimination, and Opps” which had received 49, 27, and 26 million plays on SoundCloud. Outside his music career, he remained involved in numerous legal and criminal proceedings, including assault, drug possession, tampering with evidence, and felony possession of a controlled narcotic without a prescription for most of his life.

On July 27, 2022, Scott was unfortunately shot and killed at the age of 24. So, Today in this post we are going to tell you all about Jaydayoungan’s net worth, salary, early life, career, personal life and cause of death. Let’s take a look.

Javorius Tykies Scott was born in Bogalusa, Louisiana, on July 15, 1998. Scott was mostly raised by his grandmother as his mother served in the US Army. His father spent the majority of his life behind bars for various offenses.

It’s interesting that there weren’t even 12,000 people living in Bogalusa and his life revolved amongst gangs and streets. For that time, he said music was an emotional and psychological release for him.

Furthermore, he was able to avoid jail by remaining in the studio as he tried to avoid his father’s faults because he knew he was frequently behind bars. He started writing music in the eleventh grade and had to travel for hours outside of his little town to get to the closest studio booth.

He quit high school in the 12th grade to pursue a career as a rapper. Initially, he chose to start uploading his music to SoundCloud.

JayDaYoungan started out in the music industry at a very young age after being exposed to the music of Louisiana hip-hop legends like Lil Wayne, Kevin Gates, and Lil Boosie. He eventually started to experience success after working hard for two years to launch a career as a rapper. Over time, he amassed millions of streams on the major social media platforms.

In 2017, when he was 18 years old, he released his debut mixtape, “Ruffwayy.” Within a month, his song “Interstate” on YouTube surpassed 4 million views.

Following the popularity of his debut mixtape, he put out the 13-track mixtape “The Real Jumpman 23,” which featured the songs “Sliding Freestyle” and “Muddy Situation”. He subsequently released the mixtapes “Wake Up” and “Taking Off.” ‘Elimination’ from the mixtape ’23’ became his first big-time hit single.

He then released the mixtape “Forever 23,” which featured the songs “Thot Thot” and “Purge” and amassed millions of Spotify streams and increased his popularity globally.

He then dropped the song “No Play Zone” in late December. His following two mixtapes, Endless Pain and Misunderstood, were both released in 2019; both had greater chart debuts than Forever 23 and produced a number of further viral singles.

He released Baby23 which was his first official studio effort. DeJ Loaf, Moneybagg Yo, and Kevin Gates all had appearances on the set, which was another Top 50 Billboard smash. Before releasing the ’23 Is Back’ mixtape in early 2021, he released his single “Zaza.”

Scott reportedly dated a 21-year-old entrepreneur, Jordan Brooks a.k.a therealJordanB. On July 27, 2022, he was shot and killed in a shooting incident in Bogalusa, Louisiana, the United States.

In 2019, Scott was stopped by Florida Highway Patrol in Gadsden County, Florida, charged with felony possession of a controlled drug without a prescription and was freed on a $2,500 bail.

Police searched his home in 2020 on allegations that he had attacked a pregnant woman, seizing $24,000 in cash, Promethazine, Oxycodone, and numerous firearms.

Scott was arrested several times in 2021, first on suspicion of accessory to second-degree murder and obstructing justice in connection with a fatal shooting, then again during a traffic stop in Washington Parish on suspicion of a number of offenses, including child neglect, failure to display insurance, possession of a controlled substance, and tampering with physical evidence.

As of 2022, JayDaYoungan’s net worth was estimated to be $1.5 million. He reportedly made $400,000 per year via his music career. His early music was inspired by great Southern rappers who had come before him but as he continued to put out music often, his style began to change significantly, as in the R&B-tinged hit “Interstate” and more upbeat songs on mixtapes like 2018’s Forever 23.

His single, ‘Elimination’ became his first hit song with over 19.3 million Spotify plays as of 2020 and its official music video garnered millions of views which marked it one of the most successful videos in his career.

In addition to this, a lot of his other music videos on YouTube have also racked up a decent number of views. His music career was successful, and sales of his numerous mixtapes contributed significantly to his financial success. He also had record deals with Atlantic Records and Ruffwayy. He made millions of dollars through album sales and live performances.

He had more than 1.29 million subscribers to his YouTube channel, over a million on Spotify, and over 2.7 million on Instagram. Sadly, JayDaYoungan died on 27th July, 2022 in a shooting accident.