Kane Lim is a Singaporean-American reality TV star, real estate agent, investor, philanthropist, and model who is best known as the star of the Netflix reality show Bling Empire. Kane also works as a realtor associate for the Oppenheim Group.

Of course, Kane radiates Instagram influencer vibes and has over 820k followers as of October 2022, where he frequently posts about his fashion style. He has also been a lifelong philanthropist, actively giving back to charities such as Miracles for Kids and Uplift Services.

Kane Lim was born on December 5th, 1989 in Singapore. He is the son of a Singapore billionaire, and he was taught from a young age that he must be a hard worker because his father refused to spoil him with chauffeurs and maids in his native country.

His father reportedly pushed him to take public transportation despite the fact that his family-owned shopping malls and office buildings. After that relocated to Los Angeles eight years ago to pursue the multiple opportunities that only the East and West can provide.

He went to Anglo-Chinese School and later earned a B.A. in merchandise and marketing from the Fashion Institute of Design & Merchandising in 2013.

Kane began investing when he was 17 years old. He took a loan from my father and paid it back in two months, and by the age of 18-19, he had amassed a fortune in the seven figures. Kane then invested in fashion and utilized the profits to buy stocks.

He founded his own company, Kix Capital, which aims to become an international holding company. There, Kane handles real estate deals, biomedicine, and renewable energy. He apparently also runs an investment firm in Los Angeles and is the President of the company, Merryland Pacific Limited.

Kane, as an experienced real estate developer and agent, recently developed and sold three properties in the premium Los Angeles district of Venice Beach. He has recently concentrated his efforts in Asia on residential and commercial properties.

Kane joined the cast of Netflix’s new reality series “Bling Empire” in 2021. The show featured a rich group of Asian and Asian American friends in Los Angeles, and he rose to fame as a result of it.

In addition to Bling Empire, Kane recently appeared in A California Christmas: City Lights, a Netflix Christmas movie, and in an episode of Celebrity Family Feud, Bling Empire vs. Selling Sunset.

How Does Kane Lim Spend His Money?

Kane Lim also owns several properties in Los Angeles, including a posh West Hollywood apartment where he lives and where his living room has been transformed into a showcase for his pricy Christian Louboutin sneaker collection.

His other 1,516 sq ft Mount Washington area home, built in the 1950s, is listed for sale for just under $1.9 million in 2022. His home features three bedrooms and two bathrooms, all of which are decorated in Japanese and Scandinavian styles.

Is Kane Lim dating anyone?

No one seems to know if or who Kane is dating. Kane hasn’t discussed his sexuality on the show despite Bling Empire viewers naming him “the perfect gay bestie” and even “the manic pixie dream gay bestie.”

At the end of Season 1, he did ask Anna Shay’s friend Florent Bonadei for his phone number, but there’s no sign that he and Florent have started dating.

Kane is one of the Bling Empire’s most hated and beloved stars. He has been accused of spreading Asian hatred and riding on the coattails of his wealthy family. Kane’s extended family members were accused of fraud in 2020 when $3.5 billion in assets were seized as investigations into shady transactions started.

Kane’s father is thought to be Kenny Lim Oon Cheng, and his brother is Lim Oon Kuin, who is the founder of Hin Leong Trading (HLT), and he declared bankruptcy in 2020. However, Lim has never released the names of his family members, and in media interviews, the media is not authorized to ask about his family.

As of 2022, Kane Lim’s net worth is estimated to be $20 million. He is a self-made multimillionaire who earns most of his income from his investments in stocks and shares. Kane’s major portion of his fortune comes from his Singaporean family’s assets in real estate, oil, and other businesses.

Kane’s riches have grown even more now that he’s launching an athleisure collection called B.L.I.N.G., which stands for Because Life Is Not Guaranteed, in August 2022. Furthermore, Kane gets a lot of money from his influencer lifestyle and reportedly charges roughly $3,261 for his Instagram posts. 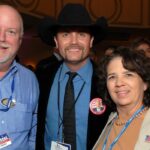