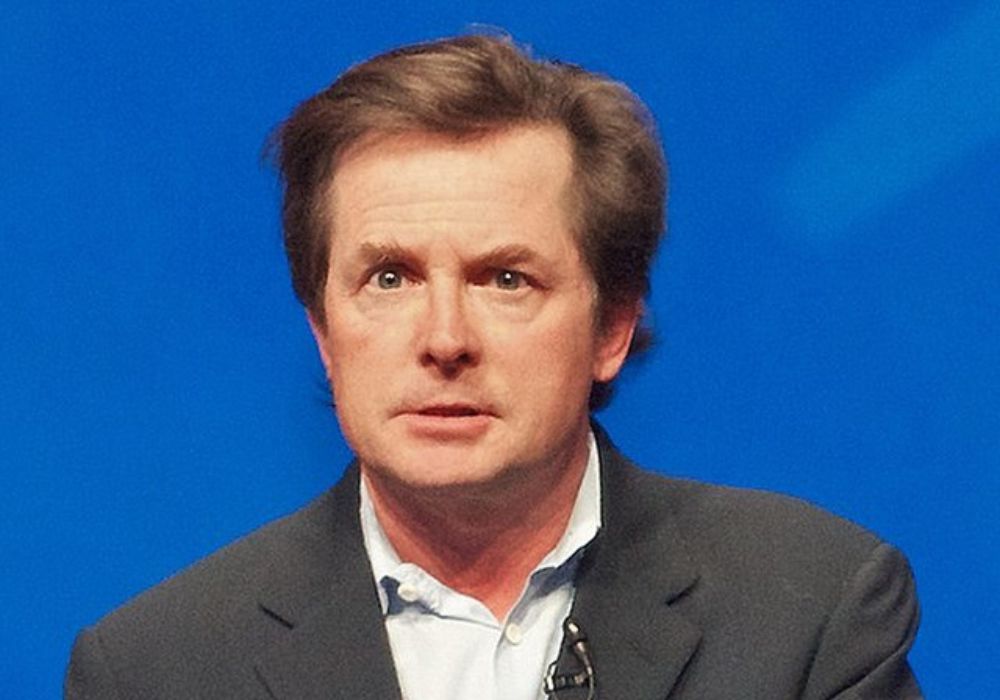 Michael J. Fox is a Canadian-American actor and producer who has a net worth of $70 million. He first gained popularity for his portrayal of Alex P. Keaton in the hit comedy sitcom, Family Ties.

Before making a comeback to television in Spin City in the 1990s, he appeared briefly in the teen adventure films “Back to the Future, its sequels, and Teen Wolf”. Fox disclosed that he was battling Parkinson’s disease in 1999.

He quit Spin City in 2000 to start the Michael J. Fox Foundation for Parkinson’s Research and concentrate on his family. He later made guest appearances on shows like Scrubs, Boston Legal, and The Good Wife.

Outside acting, Fox is a best-selling author who has written 4 books. He has also talked and written a lot about his tendency to approach difficulties, such as his Parkinson’s disease, with optimism and comedy.

During his career, Fox won multiple Primetime Emmy Awards, Golden Globe Awards, Screen Actors Guild Awards, and Grammy Award. He was appointed an Officer of the Order of Canada in 2010.

Michael Andrew Fox was born on June 9, 1961, in Edmonton, Alberta, Canada, to William, a 25-year veteran of the Canadian Forces who subsequently became a police dispatcher, and Phyllis, a payroll clerk, and actor.

His family moved to Burnaby, a big suburb of Vancouver after his father retired in 1971. Fox’s father died from a heart attack in 1990. Fox graduated from the Burnaby Central Secondary School and now has a theatre named after him there.

Fox had a passion for acting from a very early age. He applied for a role in the CBC-produced Canadian tv series Leo and Me and was eventually accepted. For the following three years, he continued to play parts in local theatres and sitcoms in addition to appearances in American movies being filmed in Canada.

Fox relocated to Los Angeles when he was 18 years old and took on a few small roles before landing the lead role of Alex P. Keaton in NBC’s hit TV series, Family Ties (1982-1989). Throughout his seven-year run on the show, he remained a household name, which earned him three Emmy Awards and one Golden Globe. Around this time, he started using the screen name, Michael J. Fox.

Around this time, Fox was diagnosed with Parkinson’s disease. Nevertheless, he kept acting and appeared in the films Greedy (1994), For Love or Money (1993), Life with Mikey (1993), and Doc Hollywood (1991). He had an appearance in Gary David Goldberg’s 1996 television series Spin City, which later thrilled viewers by bringing back their favorite TV star to primetime.

Fox announced his retirement from acting in 2020 due to the increasing instability of his speech.

Fox has written four best-selling books. His debut book, the memoir Lucky Man, published in 2002, was a New York Times and worldwide bestseller.

He published A Funny Thing Happened on the Way to the Future, a compendium of wisdom for graduates, in 2010 and Always Looking Up: The Adventures of an Incurable Optimist in 2009 which charted at number 2 on the New York Times bestseller list.

It was accompanied by an ABC-TV primetime special, which received an Emmy nomination for Outstanding Nonfiction Special, and its audio recording by Fox took home the 2010 Grammy for Best Spoken Word Album, for which all three of the books were also nominated.

In 2020, he published his memoir “No Time Like the Future: An Optimist Considers Mortality”.

Throughout his 40-year lucrative acting career, Fox has received several awards, titles and nominations. He has been nominated for 28 Primetime Emmys out of which he has won 5 as well as 4 Golden Globe Awards, 2 Screen Actors Guild Awards, Grammy Award, Saturn Award, People’s Choice Award, and Nickelodeon Kids’ Choice Award, among others.

In appreciation of his services to the motion picture industry, the Hollywood Walk of Fame awarded him the 2209th star in 2002. He was also inducted into Canada’s Walk of Fame in Toronto, Ontario, in 2000.

He was honored with the Golden Camera Award for Lifetime Achievement – International in 2011 and the Golden Plate Award of the American Academy of Achievement in 2005.

In addition to receiving the Jean Hersholt Humanitarian Award from the 95th Academy Awards in 2022, he was awarded the Doctor of Fine Arts, honoris causa, by Simon Fraser University in 2021.

In 1988, Fox married Tracy Pollan, her Family Ties co-star, at the West Mountain Inn in Arlington, Vermont. They have 4 kids together, Sam Michael, twins Aquinnah Kathleen and Schuyler Frances, and Esmé Annabelle.

Fox began drinking heavily and became depressed after his diagnosis, but he ultimately sought help. He went public with his Parkinson’s illness in 1998 and has since become an outspoken supporter of Parkinson’s disease research.

Since 2010, he has directed the Parkinson’s Progression Markers Initiative, a $100 million effort that is the Foundation’s landmark observational study to find the biological markers of Parkinson’s disease (PPMI).

Fox was awarded an honorary doctorate in medicine from Karolinska Institute in 2010 for his contributions to Parkinson’s disease research.

In 2016, his foundation established a raffle to promote awareness for Parkinson’s disease and raised $6.75 million with the support of Nike through two auctions, one in Hong Kong and the other in London.

Fox owns several properties across the globe including a home in Manhattan where he lives with his family, a home in Malibu as well as a family home in Quogue New York and a Connecticut home which he probably sold.

Twenty years ago, Fox and Tracy Pollan hired an architect to design and construct their ideal $5.6 million Connecticut home. The 5000 sq ft has 6 bedrooms, 5 bathrooms, a two story Great Room, a study with a fireplace, a TV room, and a sizable kitchen with a dining area.

Fox has owned several high-end cars over the years including:

He has been in numerous films and television shows since the 1970s but is best recognized for his role as Doc Brown in the “Back to the Future” films.

His talent as an actor has made him a multimillionaire. Pepsi has profited on Fox’s enormous fame to peddle their soft drinks and has signed the actor to a hefty endorsement deal. Books written by him have also sold well, earning him a lot of money in royalties.

His Hollywood career has been distinguished by international recognition, honors, and awards and he started the Michael J. Fox Foundation in 2000 after being diagnosed with Parkinson’s disease more than 20 years ago, but thanks to the treatment he was able to overcome the calamity and recover to a large extent.

His foundation reportedly raises more than $14 million a year. Over $300 million has been raised by the nonprofit organization to date for Parkinson’s disease research.