PnB Rock was an American rapper who had net worth of $3 million. His real name was Rakim Hasheem Allen. He was best known for his 2016 hit “Selfish” reaching number 51 on the Billboard Hot 100 in the United States. He also sang uncredited on XXXTentacion’s blockbuster single “Changes” which charted in the top 20.

This prompted ‘Rolling Stone’ magazine to select him as one of the ’10 New Artists You Need to Know.’ His remarkable path continued with his soundtrack for the huge picture ‘Fate of the Furious,’ which he co-wrote with Wiz Khalifa.

Growing up, he had many challenges, such as his father being shot and killed when he was just three years old, and his uncle being murdered when he was fifteen. Unfortunately, on 12th September 2022, PnB Rock was shot and he died at the age of 30. This incident occurred as the rapper was dining at Los Angeles’ Roscoe’s Chicken & Waffles.

What is PnB Rock’s Net Worth?

PnB Rock Net Worth Over the Years

PnB Rock was born on 9th December 1991 in Philadelphia, Pennsylvania’s Germantown neighborhood. Rock grew up in poverty with four other siblings.

His father became involved in illicit operations to make a living and was assassinated in a gang feud in 1994. His mother bore the brunt of the load for the impoverished household. She repeatedly checked her children into shelters, and Rock spent most of his early days in various shelters.

Rock began school and was a popular kid in addition to being an excellent student. However, his popularity caused him to have bad grades, which contributed to his expulsion from school.

His uncle at this time who was caring for his family got killed in a gang fight which flipped Rock’s life upside down. He began a life of petty crime and drug dealing. At the age of nineteen, he was sentenced to three years in prison for robberies and narcotics sales.

In prison, Rock began creating songs inspired by his personal struggles. He was resolved to start over after he was released from prison. As soon as he was released from jail, he began posting videos on Instagram with the hashtag #tbh, a widespread craze that allows people to sing about other people’s photos. Around this time, his popularity grew even further, and he began to create his own songs.

Rock made his debut in 2014 with the mixtape RnB, whose name refers to Rock’s fusion of rap and R&B. Early in 2015, the RnB2 mixtape was released, attracting the Atlantic’s interest. The Warner-affiliated label signed Rock and issued RNB3 and his single “Jealous” with Fetty Wap the following year. Money, Hoes & Flows, a mixtape by the two, was released in 2016.

Rock appeared on numerous songs during the year by artists like Kodak Black, YFN Lucci, Kevin Hart, and others as a guest. In 2017, Atlantic put out GTTM: Goin Thru the Motions, which was once described as Rock’s debut studio album but is now more often known as a mixtape. The album rose to fame quickly and peaked at number 30 on the Billboard 200 album chart.

Before releasing the single “Time” the same year, Rock was named one of XXL’s 2017 Freshman Class, and his debut studio album, Catch These Vibes peaked at number 20 on the Billboard 200. The following year, he worked with Tory Lanez and Trey Songz on XXXTentacion’s songs “Smash!” and “S.W.I.N.G.”

He then released an official sophomore full-length, Trapstar Turnt PopStar in 2019. Then in 2020, he collaborated with Pop Smoke to release the song “Ordinary.” He also released “Rose Gold” that year, which featured King Von. The albums “Need Somebody” and “Forever Never,” on which PnB collaborated with Swae Lee and Pink Sweat$, both came out in 2021.

It is reported that he was involved with a girl when he was 15 and they split up in 2009 when he was sentenced to prison, but he claims in his song lyrics that he has never been in love since.

He later dated a woman who gave birth to his daughter, Milan in 2013. In 2020, he and his girlfriend, Stephanie Sibounheuang welcomed their second daughter, Xuri. However, Rock and she broke up in early 2022.

Rock had 4 siblings, including an autistic younger brother and one who died in a gang feud a few years ago. He routinely donated money to autism research and many other charitable causes.

Rock reportedly paid $1.8 million for a $1.8 million house in Burbank, California, in 2017. The property’s worth has nearly doubled since then.

How Did PnB Rock Die?

Rock was robbed and fatally shot while dining with his fiancée at Roscoe’s Chicken & Waffles in Los Angeles on 12th September 2022. He was being treated at a nearby hospital and was stated to be in critical condition.

A robber attacked the restaurant in Inglewood and shot the 30-year-old rapper. He was taken to a nearby hospital. Local Philadelphia reporter Doc Louallen tweeted that a video of the event was making the rounds on social media and encouraged users not to post it.

At the time of his death, PnB Rock’s net worth is estimated to be $3 million. The majority of his earnings come from album sales, streaming royalties, international tours, and merchandising sales. Rock was one of the most talented hip-hop musicians in the music industry. While Rock has made millions through his music, he also owns a major part of his net worth in real estate.

Rock’s monthly earnings were higher than $40,000 and $150,000 yearly. He also had a self-titled YouTube channel, “PnB Rock” where he received millions of views on each and every video which also helped him earn a big sum of money. 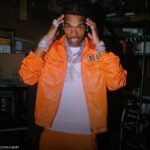