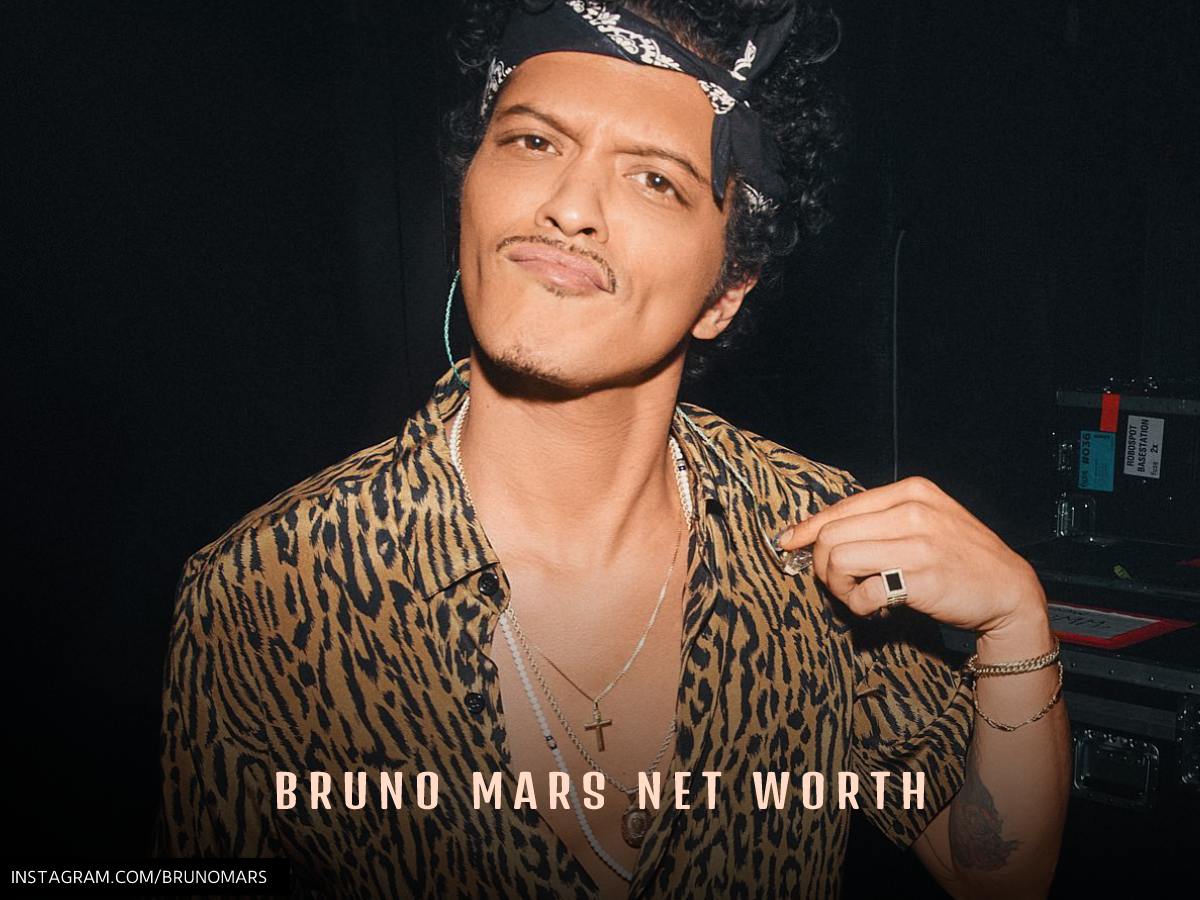 What is Bruno Mars’ Net Worth?

Bruno Mars is an American singer, songwriter, and record producer who has a net worth of $175 million. His real name is Peter Gene Hernandez and he started to become successful In the early 2000s by writing songs for well-known artists like K’Naan’s “Wavin’ Flag.”

Mars made his solo debut with the 2010 hit “Nothin’ on You” after spending several years as one of the top songwriters in pop music. In 2018 Forbes quietly included him on their list of the “100 highest-paid celebrities.” Mars is listed in the Guinness Book of World Records as the first male artist to have three singles sell 10 million copies.

Bruno Mars has a net worth of around $175 million. Mars is one of the richest singers in the world whose annual earnings are reported to be $45 million. The total worth of his home and car collection is around $18-19 million. He has sold around 26 million albums and 200 million singles worldwide.

His “Unorthodox Jukebox” album featured some of his biggest hits and sold over 6 million copies. Between 2013 and 2014, Mars’ world tour grossed $156.4 million dollars. Then he recreated his success and earned approximately $300 million between 2017 and 2018.

His debut album became a critical and commercial success after becoming a huge international success. Since then, Mars has become a global artist who has collaborated with some of the world’s greatest artists, including Beyonce and Cardi B.

Bruno Mars owns a 9,000 sq ft $6.5 million home in Studio City’s upscale Fryman Canyon neighborhood. The home has seven bedrooms, eight bathrooms, a wine cellar, a family room with a bar, and a separate children’s wing of the house with bedrooms.

Bruno Mars is the owner of a $3.5 million home in East Honolulu. He bought the house in 2012 from John Browning, heir to the Utah-based firearms company Browning, and it has four bedrooms, three and a half bathrooms, and a pool.

Peter Gene Hernandez was born on October 8th, 1985, in Honolulu, Hawaii, to Latin percussionist Peter Hernandez and singer/dancer Bernadette “Bernie” San Pedro Bayot. His parents exposed him to a wide range of music from childhood.

When Mars was three years old, one of his uncles encouraged him to perform on stage. Soon after, he began performing with his family band and quickly became well-known in his hometown for his Elvis Presley impersonation.

Mars and his family formed the band The Love Notes when he was five years old. They became very popular, and Bruno was invited to perform at the Aloha Bowl in 1990. Mars rose to prominence after appearing in the film Honeymoon in Vegas in 1992.

When he was in school, his family band continued to perform with him; they did two shows a night. His parents’ divorce made life difficult for him and his siblings because there was no income. Bruno’s father, brother, and he was homeless when he was 12 years old, and they ended up living in a car, at an abandoned zoo, and on slum rooftops.

He went to President Theodore Roosevelt High School, where he was a member of “The School Boys.” He rose to prominence by impersonating Michael Jackson. Bruno Mars moved to Los Angeles at the age of 17 to pursue a music career.

Mars was signed by Atlantic Records in 2009 after moving to Los Angeles. He then co-founded The Smeezingtons, his production team. “Billionaire” and “Nothing On You” are two of Mars’ most well-known songs. From his debut album, Doo-Wops & Hooligans, singles like “Grenade,” “The Lazy Song,” and “Just The Way You Are” reached the top of the charts.

In 2014, he won a number of other awards for his work on “Uptown Funk” with Mark Ronson. In the same year, Mars performed at the Super Bowl Halftime Show. In 2016, he received a Grammy Award for Best Duo/Group Performance and reached the top of the charts. He replaced his old production group with a new one called Shampoo Press and Curl.

He and his production team collaborated to create his third studio album focused on R&B “24K Magic”. This album was a huge success, increasing his fortune and popularity by earning him seven Grammy Awards, including “Song of the Year” and “Album of the Year.”

The album’s top singles include “Finesse,” “24K,” and “When I Was Your Man”. Mars and rapper Anderson. Paak announced in February 2021 that they would be collaborating on an album called Silk Sonic.

Mars was featured in two Bench commercials in 2011. In Puerto Rico, he and model Joan Smalls were photographed in 1950s-inspired suits for Vogue’s clothing line “La Isla Bonita.”

Mars began catering events and parties in 2014 with the small rum brand SelvaRey Rum. He was introduced to the brand the following year by co-founder Seth Gold. After years of experimenting with different bottles and flavors, Mars decided to go global in 2020.

He was in charge of the new flavor, branding, and packaging design, which were inspired by the 1970s. In 2021, Mars, as Ricky Regal, released a luxury 1970s-inspired sportswear collaboration with Lacoste, titled Lacoste x Ricky Regal.

Bruno Mars made a $1 million donation to the MGM Resorts Foundation. Since Mars routinely performed exclusive shows at MGM Parks from 2016 to 2020, it stands to reason that he donated to a foundation that will assist the company’s employees in dealing with the COVID-19 pandemic.

Mars has previously dated singer/actress Rita Ora, whom he first met in 2009, but due to pressures at work, the couple separated in 2011. Mars began dating model Jessica Caban in 2011, and the two lived together in a mansion in the Hollywood Hills with a Rottweiler named Geronimo.