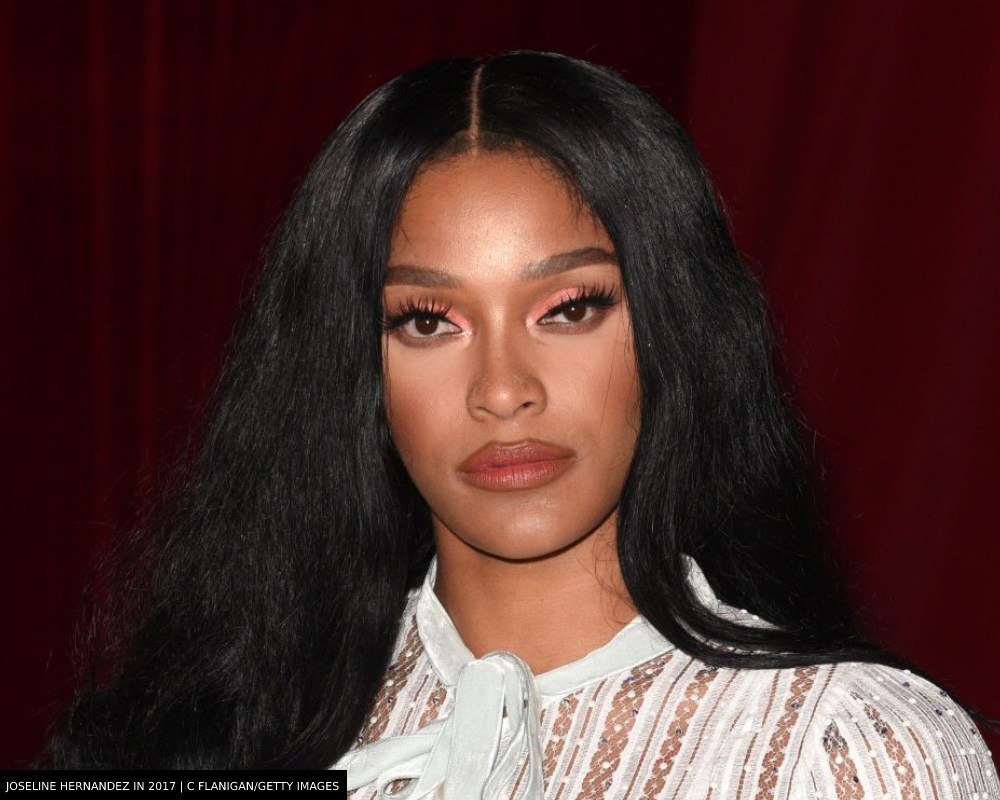 Joseline Hernandez is a Puerto Rican-American reality show host, rapper, and actress who has a net worth of $500 thousand. She is mostly known for her role on the VH1 reality show “Love & Hip Hop: Atlanta as among the major castmates.” She was on the program for 6 seasons with her partner Stevie J, with whom she co-starred in the spin-off Stevie J & Joseline: Go Hollywood.

Joseline Hernandez was born in the city of Ponce, Puerto Rico, on 3rd November 1986, to her mother Carmen, and stepfather Luis. She has five siblings, Yanira, Jorge, Hisael, Kermit, and Luis. Her younger brother has Autism and necessitates specialized care. All of them relocated to Florida when she was only 6 years old.

Prior to the family’s relocation to Florida, her biological father passed away from a drug overdose. Hernandez actually started stripping at the age of 16 under the identity Sheneliica Bettencourt to support her impoverished family and assure that her siblings had everything they needed.

Hernandez rose to fame as a result of the show’s popularity and media attention, with cameos at the 2013 AVN Awards, 2013 BET Hip Hop Awards, and 2015 BET Awards. She also made guest appearances on K. Michelle: My Life, This Is Hot 97, The Wendy Williams Show, and Hip Hop Squares.

She has appeared in multiple hip-hop and R&B music videos with Stevie, notably “Hail Mary” by Trey, “I Remember” by The Game, “Body Party” by Ciara, and “I Deserve It.” By Faith Evans. During her time on Love & Hip Hop Atlanta, Hernandez recorded a slew of dancehall and reggaeton-influenced tunes. In 2016, Hernandez co-starred in the spin-off series Stevie J & Joseline: Go Hollywood with Stevie. Joseline’s Special Delivery, a documentary about the birth of her child with Stevie J, is broadcast on tv the next year.

Hernandez left Love & Hip Hop: Atlanta After developing conflicts with maker Mona Scott-Young and the producers of the show during its filming of the 6th season’s reunion in 2017. In 2018, it was revealed that Hernandez was working on a new television show called Joseline Takes Miami, which she was taping at the time.

“Playboy Bunny,” “Finger Fuck a Check,” “Gold”, “Papi Lindo,” “Mi Cualto,” “Spanish Rockstar” and  “Slay is the Hernandez’s 8 original tunes which she teased. “Hate Me Now” and “No Me Importa,” was her first single. This track was largely interpreted as a diss tune directed towards Cardi B. Despite negative reviews, “Hate Me Now” reached number 9 on the HotNewHipHop Top 100 Songs chart owing to “its beef-centric themes.”

Hernandez was said to be shooting Joseline Takes Miami, the latest tv show sponsored by Carlos King, in 2018. Joseline was a guest on WE tv’s chat show Bossip, where she was a commentator. Joseline Takes Miami met production roadblocks in 2019, and the channel requested reshoots, according to reports.

The program was never broadcast. Joseline later reached a contract with Netflix to conceive, produce, and lead her own reality Television brand later that same year. Joseline had a guest appearance on Bravo’s Married to Medicine in 2019. Miami launched Joseline’s Cabaret in 2020.

Joseline begins casting for Joseline’s Cabaret’s season 2 the same year. Joseline reappeared to the Love & Hip Hop franchise in 2019 when she came on the show Love & Hip Hop: Miami, which aired in early 2020.

Joseline and her partner Balistic Beats made an appearance on Marriage Boot Camp: Hip Hop Edition in the year 2020. In front of their fellow Marriage Boot Camp castmates, Beats proposed to Hernandez in the show’s finale episode. Joseline’s life has had many ups and downs during her career, yet her net worth is estimated at $300 thousand.

Joseline Hernandez identifies as bisexual and has remarked that she prefers both men and women equally and has no preference for one over the other. Her moniker is “The Puerto Rican Princess.” Her autistic brother is among her siblings. Hernandez and Stevie J allegedly wedded in 2013.

Shortly after, Stevie J claimed that their wedding was staged for display. Joseline acknowledged they had been in a serious marriage and was never formally married later that year. Love & Hip Hop: Atlanta’s 5th season showed their parting.

Joseline had not permitted Stevie J to see or contact his daughter for above a month, according to Stevie J. He also expressed concern for his daughter’s safety and well-being in the legal papers. Joseline was declared unsuitable to be a father by Stevie J, who stated that he is more economically solvent and that his family, which includes musician Faith Evans, would be a better authority on his daughter. J

oseline’s childcare was also insisted on by him. For the record, Joseline claimed on media platforms prior to the custody dispute that Stevie exhibited little concern for their kid. Stevie J was supposed to take guardianship of his kid for a few months in 2019, which sparked the whole scenario. Joseline fled out to Los Angeles with Bonnie Bella when Stevie managed to chase her down in Miami.

Joseline was given a summon for her imprisonment unless she consented to hand up the child to her dad. Joseline and her kid got back to Miami, and Stevie’s adult daughter was given Bonnie Bella. Stevie J was given sole control until the couple’s future court appearance in 2019.

As of 2023, Joseline Hernandez’s net worth is estimated to be $500 thousand. She calls herself the ‘Puerto Rican Princess’ and most of her income comes from his per-show charges as well as from brand endorsements. Her salary for being on the “Love & Hip Hop: Atlanta” reality show earned her $50,000 at first.