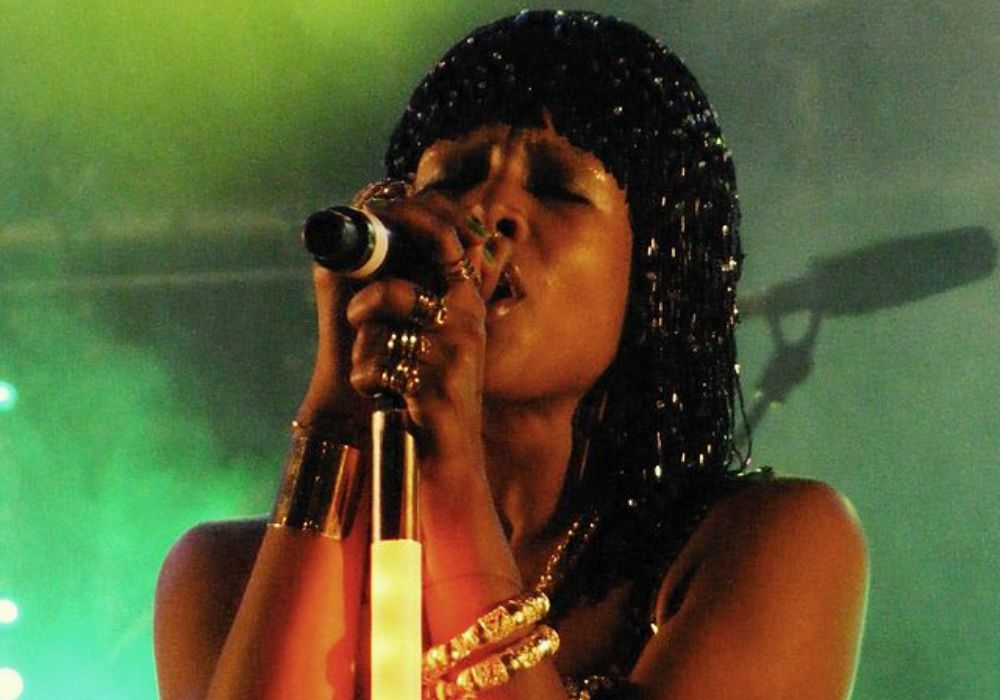 What is Kelis’ Net Worth?

Kelis is an American Hip-hop and R&B singer who has a net worth of $4 million. She is best known for her singles “Caught Out There” and “Milkshake” charting on the Billboard Hot 100 list. At the age of 16, Kelis left her parent’s house and was signed to Virgin Records four years later.

She has collaborated with a wide range of artists and has sold over 6 million albums worldwide with 11 of her tracks reaching the top 10 on the UK Singles Chart. Kelis has 6 studio albums, 1 live album, 1 compilation album, 39 singles including 21 as a featured artist, and 29 music videos to her credit.

She switched from the music biz to the food industry in the early 2000s with her mother due to her love for food. In 2008, she even graduated from the Le Cordon Bleu cooking school. As an entrepreneur, she created a line of her distinctive signature sauces, Feast, and also had a semi-career in the fashion industry, founding her own line of accessories, Cake.

Kelis Net Worth Over the Years

Kelis Rogers-Mora was born on August 21st, 1979 in the Upper Westside of Manhattan to Kenneth, a jazz musician and Pentecostal minister who was previously a professor at Wesleyan University, and Eveliss, a fashion designer. Kelis has three siblings.

Kelis’ mother encouraged her to pursue a singing career. She was kicked out of her parent’s house at 16 for bad behavior as she sometimes argued with her mother.

Growing up, Kelis participated in church choirs and played violin, piano, and saxophone while studying at the Manhattan Country School and later went on to study at the Fiorello H. LaGuardia High School of Music, Art, and Performing Arts. She established the R&B trio BLU (Black Ladies United) in that school.

Kelis worked as a bartender and a sales employee at a clothes store before graduating from high school. Following that, a friend connected Kelis to The Neptunes, which includes Pharrell Williams and Chad Hugo; they built a strong bond, and with their help, she secured a record deal with Virgin Records.

Her second studio album, Wanderland, which was made by The Neptunes, was released in 2001. The album’s lead track, Young, Fresh n’ New, was an instant hit and peaked at number eight on the UK R&B chart.

She later released her third studio album, Tasty, through the recording labels Star Trak and Arista in 2003 which reached its high at position 27 and was also certified Platinum by BPI. Later, she released albums like Food, Flesh Tone, The Hits, and Kelis Was Here, all of which maintained her prior legacy.

Kelis after a brief break appeared on songs like “Back and Forth” by Giorgio Moroder and “Do It Like Me (Icy Feet)” by TCTS. After seven years, she released a proper single in 2021 with “Midnight Snacks.”

Kelis worked part-time as a saucier between 2006 and 2010 and graduated from the Le Cordon Bleu culinary school. Kelis has also written two cookbooks, one with Lauren Pesavento in 2006 and the other solely titled, My Life on a Plate in 2015 which tells her personal story through the food she creates.

She introduced her sauce line, “Feast,” at the Beverly Hills Food & Wine Festival in 2013, and it was eventually sold under the name “Bounty & Full” in 2015. A cooking TV series, Saucy, and Sweet which starred Kelis broadcasted in 2014, and the same year she set up a food truck to cook for guests of the American music festival SXSW.

Kelis also appeared in Cooked with Cannabis, a food competition series set to premiere on Netflix in 2020.

Kelis launched her own fashion accessory company, Cake in 2006. She was in talks to host a Project Runway-style show for VH1 in 2007, and she also appeared and auditioned for several film and television roles. Kelis participated as Daisy in the British version of The Masked Singer in 2020 but was eliminated in the fifth episode.

Throughout her career, Kelis has won numerous awards and nominations for her music career. Kelis has been nominated for two Grammys for Best Urban/Alternative Performance for the song “Milkshake” in 2004 and Best Contemporary R&B Album for her fourth album “Kelis Was Here” in 2007.

In 2005, Kelis married rapper Nas, whom he met at the MTV Video Music Awards party in 2002. They have a son together Knight.

Kelis divorced Nas in 2009 due to irreconcilable reasons and was seven months pregnant at that time. In 2010, the couple’s divorce was finalized. Kelis has described her relationship with Nas as physically and psychologically abusive.

Kelis married photographer Mike Mora for the second time in 2014, and the couple has two children, Shepherd and Galilee. Mora stated publicly in 2021 that he was fighting stage-4 stomach cancer, having been diagnosed with advanced gastric adenocarcinoma in 2020 and given 18 months to live. Mora passed away on March 14, 2022, at the age of 37.

As of 2023, Kelis’ net worth is estimated to be $4 million. She is one of the best singers of all time and she is making around $22k to $208k as a musician. Most of her income comes from revenue from royalties, music tours, and performances. Apart from this, she earns $20k to $46k as a chef.

Her entire fortune and earnings come from the albums and songs she has released and performed. She also earns from the tours, records sales, and royalties from various platforms. Kelis has sold over 6 million albums worldwide through her seven studios, live, and compilation albums.

Her album, Tasty launched her to mainstream recognition with the breakthrough single Milkshake earning her a Grammy nomination for Best Urban/Alternative Performance. Since then, Kelis has led tours, recorded many studio albums, graduated from cookery school, published a cookbook, and become an entrepreneur, to name a few accomplishments. Kelis’ musical accomplishments, combined with her entrepreneurial abilities have surely contributed to her riches.