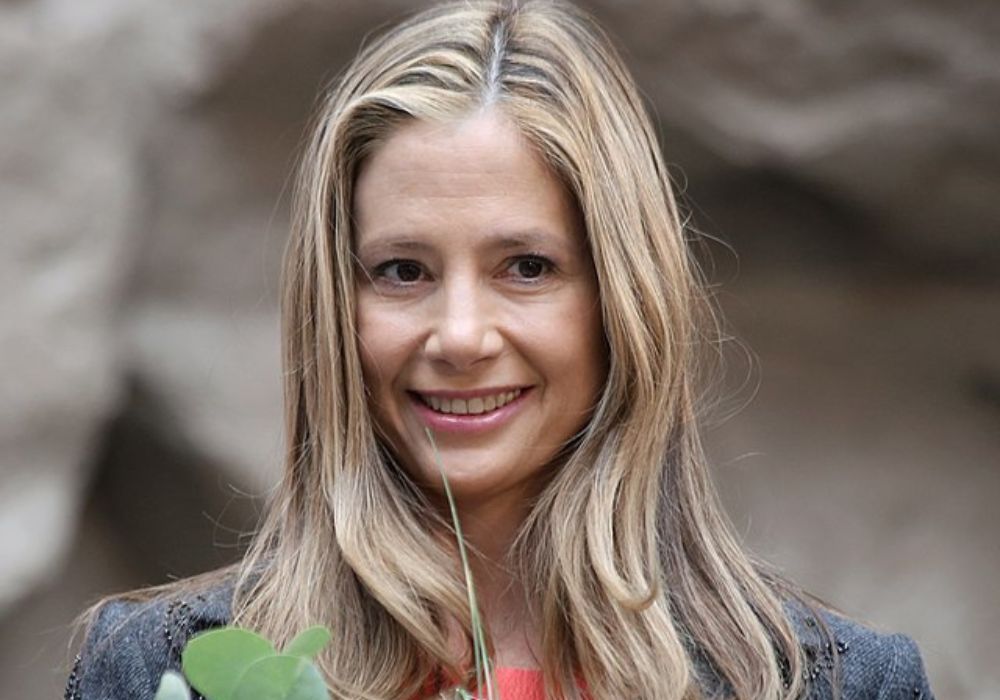 What is Mira Sorvino’s Net Worth?

Mira Sorvino is an American actress and film producer who has a net worth of $20 million. Sorvino is well recognized for her appearance in “Woody Allen’s Mighty Aphrodite” winning Academy and Golden Globe Awards. She was included in the People Magazine of the United States 1996 list of the “50 Most Beautiful People in the World”.

She was an outstanding student who graduated with honors from Harvard University. Throughout her three-decade career in acting and production, she has been nominated for and received numerous awards including an Emmy and Bafta nomination for her role in Norma Jean & Marilyn and Mighty Aphrodite, respectively.

She has also been a supporter of Amnesty International for over a decade. She has also served as a United Nations Goodwill Ambassador and is an outspoken advocate for human rights.

Mira Sorvino Net Worth Over the Years

Mira Katherine Sorvino was born on September 28, 1967, in Manhattan, New York City. Her parents were Lorraine Ruth Davis who was a former actress and drama therapist for Alzheimer’s patients, and Paul Sorvino who was an actor and film director. Her father died on 25th July 2022. Sorvino has two siblings, Michael and Amanda.

Sorvino was raised in Tenafly, New Jersey. She wrote and performed in backyard plays with her childhood friend Hope Davis, as well as in Dwight-Englewood School theatre shows. Growing up, her mother pushed her to pursue social causes as she took part in the March on Washington as a child as well.

Sorvino began her acting career when she was very young. She moved to New York City to pursue her acting career, where she worked odd jobs at Tribeca, a production firm founded by famous actor Robert De Niro.

She landed a role in a variety of films ranging from comedy to thriller to action drama. She first appeared on television in a small role on Law & Order in 1990. In 1993, she made her film debut and served as an associate producer on Amongst Friends.

Mira produced the comedy film, Lisa Picard Is Famous (2000) and co-starred with Paul Rudd in The Great Gatsby, an adaptation of F. Scott Fitzgerald’s all-time classic novel and Daisy Buchanan. She appeared as a supporting actress in Tim Blake Nelson’s drama The Grey Zone in 2000.

She went on to appear in films such as Trade of Innocents, Falling Skies, Psych, and Look Away, as well as the Netflix series Lady Dynamite and the miniseries Hollywood.

Sorvino dated director Quentin Tarantino from 1996 until 1998. Tarantino escorted her to the Academy Awards, where she won Best Supporting Actress for Mighty Aphrodite.

Sorvino met actor Christopher Backus at a charades party in 2003, and they married the following year in a secret civil wedding, followed by a mountaintop ceremony in Capri, Italy. They have 4 kids together.

As of 2023, Mira Sorvino’s net worth is estimated to be $16 million. Sorvino reportedly gets paid over $3 million per movie and has achieved success by portraying a wide range of complex characters. Her debut role in Amongst Friends demonstrated her desire and skill to play unusual roles.

Sorvino played a rude New York streetwalker in Woody Allen’s Mighty Aphrodite, who shocked and charmed audiences. Not only did Sorvino’s performance steal the show, but it also garnered her an Academy Award for Best Supporting Actress.