What is XQC’s Net Worth?

xQc is a Canadian Twitch streamer, YouTuber, and internet personality who has a net worth of $10 million. He started out as a professional Overwatch player for the Dallas Fuel in the 2018 “Overwatch League” and has represented Team Canada in three “OW World Cups”.

He started streaming on Twitch in 2014, though not as frequently until 2019, then on Youtube in 2015. xQc’s somewhat unique personality has won him a lot of admirers. He has been entangled in a few issues over his career, including being banned from the Twitch platform five times so far.

As of 2023, xQc’s net worth is estimated to be $10 million. He is one of the most popular streamers on Twitch Currently ranked #3. XQc allegedly earned $8 million alone from Twitch payouts Between 2019 and 2021. However, This sum excludes earnings from sponsorships, merchandise, and other online platforms like YouTube.

xQc’s expected monthly income from all sources is $700k including brand deals, Twitch subscriptions, and ad revenue. He makes about $300k each month directly from Twitch while generating $5,000-$10,000 or more per month through brand deals.

Felix Lengyel was born in Quebec, Canada, on November 12, 1995, and was raised in the city of Laval, Montreal. Felix really began streaming prior to entering the esports arena. He was streaming League of Legends at the age of 19 with the handle xQcLoL.

His nickname is a mix of the final letter of his personal name, x, and the abbreviation for Quebec, QC, where he was born. He played more Overwatch on stream once it was out. His current alias, xQcOW, has the Overwatch initials for the OW.

xQc began his Overwatch esports career as a tank for small teams like DatZit Gaming in low-level online tournaments. In 2016, he was subsequently signed by Denial Esports, a multi-game esports organization.

When Team Canada competed in the 2017 World Cup, xQc was a member of the squad and was named the competition’s most valuable player. In the inaugural OWL season, he also competed for the Dallas Fuel but was suspended numerous times both before and during that time. He joined numerous teams during the ensuing years, uncertain of his desire to keep playing the sport.

Starting in 2014, he occasionally streamed while competing professionally. However, he concentrated more on his Twitch career after Dallas Fuel fired him in 2018. In 2019, he was signed as a content creator by Sentinels, an esports organization.

xQc played 365 different games in total in 2019, an average of one new game per day. He plays a variety of games, from well-known ones like Counter-Strike: Global Offensive to obscure ones like Moshpit Simulator and Babysitter Bloodbath, though he primarily streams Overwatch, Minecraft, and Just Chatting content.

In 2020, he gave chess a shot, being Hikaru Nakamura, a grandmaster of chess as his tutor. He took part in the PogChamps competition, but he lost to Cr1TiKaL in six moves, an iconic defeat.

He nonetheless managed to develop a sizable following despite this and his numerous platform bans. Halfway through 2021, he had 163 million hours of viewing, the most of any streamer. Presently, the xQcOW channel on YouTube has 2.01 million subscribers and 10.4 million followers.

He now has brand relationships with GFuel and the ASUS Republic of Gamers, according to xQc’s Twitch page (ROG).

In 2017, xQc was banned twice, the first time for 72 hours for abusing the in-game reporting system and the second time for a 7-day punishment for “Blizzard” misbehavior. After the ‘Dallas Fuel’s ‘Stage 1’ defeat, the ‘Overwatch League fined xQc with a four-match suspension and a $2,000 fine for his homophobic remarks directed at ‘Outlaws player Muma.

In 2018, xQc received a four-game punishment and a fine for making a racial remark towards a player on the official “Overwatch League” stream while using the Twitch emote “TriHard 7.” He was permitted to watch the stream but he later received punishment for his behavior. Just in time for Canada’s “overwatch World Cup” campaign, his 15-day suspension was overturned.

Due to his repeated use of foul language in chat, he was once more banned in 2018. He received a three-day suspension in 2020 for exposing his girlfriend’s breasts in Strip 4: Classmate Study. By default, the game censors all nudeness. The female character’s breasts were displayed after he entered a code that uncensored the game.

In 2020, Following a Twitch Rivals match in which he and his squad broadcast sniped the opposition team in Fall Guys, he was once more banned for seven days.

xQc formerly had a serious relationship with fellow streamer Adept. They made their breakup known to the world, but there are rumors that they are reconciling.

As of 2023, Félix Lengyel mostly known as XQC has a net worth of $10 million. His annual YouTube revenue is around $1.4 million. He was the most popular streamer in both 2020 and 2021. He has repeatedly been temporarily banned from the Twitch platform 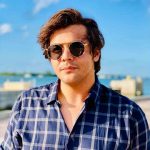 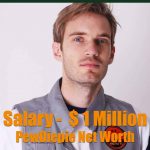