What is Billy Blanks’s Net Worth?

Billy Blanks is an American fitness guru, martial artist, and fitness personality who has a net worth of $20 million. He is the creator of the Tae Bo exercise and worked in famous movies like ‘The Last Boy Scout’ and ‘Expect No Mercy’.

He amassed this net worth from creating the Tae Bo program. Let us find out how this multi-talented artist entered the fitness industry and Hollywood and became a wealthy public figure.

Blanks was born on September 1, 1955, in Pennsylvania. He began training in martial arts at the young age of 11 and attended Karate and Taekwondo classes. He was born with a small disability that impaired his hip movement. He also had undiagnosed dyslexia.

This made his teachers conclude that he won’t be able to achieve much but Blanks was persistent in his efforts and took up martial arts. He was inspired by Bruce Lee and decided to become a world champion.

Blanks’ first movie role was in the film ‘Low Blow,’ which was his debut Hollywood break. He was hired as a bodyguard for the popular actress Catherine Bach when she was filming for the movie Driving Force in Manila when there was a political situation.

Blanks was also offered a supporting role in the film and began working in multiple martial arts films such as ‘King of the Kickboxers,’ and ‘’Bloodfists.’ Blanks made an appearance opening the scene of ‘The Last Boy Scout,’ playing a doomed football player. Blanks played as a kickbox instructor in 1997s ‘Kiss the Girls’ starring Ashley Judd.

He began working on the Tae Bo program in the late 1980s while renting out a karate studio in Quincy, Massachusetts. He used his own components in the martial arts training. He took taekwondo and bo(boxing) and created Tae Bo.

He also simultaneously opened a fitness center in Los Angeles to teach his Tae Bo program. He attracted celebrities such as Paula Abdul and soon the workout became a pop culture routine. He began releasing hugely marketed videos and sold over 1.5 million VHS tapes. It earned between $80 million and $120 million in sales records.

Since he is an Evangelist, he has incorporated his religion into inspiring to lose weight and get fit. He tailer made a line of workouts specifically for people who prayed religiously called ‘Believers.’ He infused Christian principles and motivational prayers into the regime, which was aired on the Christian Network, TBN.

Blanks has been awarded Amateur Athletic Union Champion and is a five-time recipient of the same since 1975. He is also a seven-time karate champion and won 36 gold medals in various karate championships. He was drafted into the Karate Hall of Fame in 1982 and two years later became the Massachusetts Golden Gloves light-heavyweight champion.

Blanks made his gain from selling VHS into real estate. He initially bought a house for $1.4 million. He wanted to sell the mansion for $11 million but ended up selling it for $7.3 million.

Blanks got married to Gayle H. Godfrey in 1974, who he met in karate class. Gayle already had a daughter, Sheille Blanks Cimarosti, from her previous relationship and Blanks adopted her shortly after. She was featured on Blanks’ Tae Bo videos.

Popular workouts of Billy Blanks Jr. include Fat Burning Hip Hop Mix and Cardioke. Blanks Jr. has also been part of musicals such as ‘Fame,’ and worked as a dancer with popular artists such as Quincy Jones, Paula Abdul, and Madonna.

Blanks divorced Godfrey after 33 years of marriage citing indifferences in their opinions. In 2008, Blanks had another daughter, Angelika, with Tomoko Sato, who was his Japanese interpreter. He married Sato in 2009 and relocated to Japan the same year.

As of 2023, Billy Blanks’s net worth is estimated to be $20 million. He is a popular martial arts trainer and fitness enthusiast in the United States. His invention of Tae Bo became a popular cult movement in the late 1980s and early 1990s. 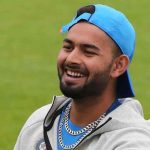 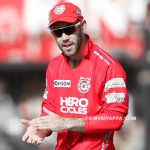