What is Hilary Farr’s Net Worth?

Hilary Farr is a British-Canadian designer, businesswoman, and actress who has a net worth of $8 million. Mostly known as David Visentin’s co-host on the HGTV and W Network tv series Love It or List It, Farr started her career in Los Angeles as a home renovator and set designer for television and film.

During this time, she worked as an actor on the side, acting in films such as The Rocky Horror Picture Show (1975), City on Fire (1979), and The Return (1980). In the years that followed, she worked in house remodeling and design until becoming a designer and co-host of Love It or List It in 2010. She is also the president of Hilary Farr’s Designs, which has offices in Toronto and New York City.

Hilary Farr Net Worth Over the Years

Hilary Farr Labow was born in Toronto, Ontario, Canada, on 31st August 1952. She grew up in London, UK with her parents and developed an interest in theatre while helping her mother decorate her childhood home.

Farr received her bachelor’s degree from Ryerson University and relocated to Los Angeles, California, to pursue a career as an interior designer. Her acting career began during her time in Los Angeles.

Hilary Farr moved to Los Angeles, where she purchased and remodeled several residences. She worked part-time refurbishing homes and on film and tv show sets.

In 1973, she also had a singing role in Grease in London. She had minor roles in television comedy in the early 1980s.

Farr created and renovated residences in Australia, the United Kingdom, California, New York, and, finally, Toronto. She has refurbished homes for celebrities such as Jenna Elfman and Jennifer Hudson in Chicago.

Following her divorce, she relocated to Toronto in 2008. The W Network, Big Coat Productions, and Corus Entertainment signed her as a co-host of Love It or List It with David Visentin. The show aired on HGTV and the W Network. The episode was broadcast on Divinity in Spain with a dual soundtrack.

Farr was also a judge on the W Network’s Search for the Next W Expert 2010. In 2011, she appeared as a guest at the Canadian International Interior Design Show, which was held in Toronto, Edmonton, and Vancouver.

Farr spoke as a design expert at the Art Van Furniture convention in Orland Park and Chicago, Illinois, in 2014, with CNN and USA Today columnist and writer Amy Tara Koch. Farr played Maleficent in Ross Petty’s stage adaptation of Sleeping Beauty at Toronto’s Elgin Theatre in 2016. (Despite being known as Maleficent, the character was dubbed “Malignicent” for this production.)

Farr runs Hilary Farr Designs as its president. As per her website, the line which is based on Hilary’s travels and has patterns such as exotic animals, forests, and even Icelandic glaciers, is available in furniture, carpets, beds, lighting, and more.

She has also appeared as a guest on The Marilyn Denis Show and is a frequent contributor to The Huffington Post. She also serves as the CEO and co-founder of the Rules of Renovation real estate investment seminar.

Farr formerly married writer and producer Gordon Farr, from whom she divorced in 2008 and they have a son together. She met David Visentin, her co-host on ‘Love It or List It’ the same year and the two have reportedly been dating but neither of them has confirmed the relationship.

Farr currently resides in a beautiful home in Canada, where she was born. She moved in 1996 and has preserved many of the home’s traditional design elements and charm.

Farr also owns a $ 2,446,146 two-story cottage in Deer Park, Toronto, Ontario. Her Toronto home has an open floor design, and her son, Josh, who grew up in the house with ex-husband Gordon Farr, would frequently invite friends over. Farr travels a lot for work, so returning home to her wonderful open area and relaxing is always a treat.

As of 2023, Hilary Farr’s net worth is estimated to be around $8 million. Farr is one of Canada’s most wealthy and influential individuals and her successful career has offered her luxury lifestyles and travels in luxury vehicles. She costs between $30,000 and $50,000 for each event and her annual income is $500,000.

She dreamed of being a ballerina as a child but subsequently released her true passion for design and the arts. Hilary began performing in school and was an enthusiastic participant in school productions.

Her mother worked at ‘Liberties of London,’ where she was inspired by the old yet beautiful architectural sites of the United Kingdom to pursue a profession in interior design. She currently owns an interior design firm, Hillary Farr’s Designs, which has contributed to her entire fortune as well as Working at HGTV has also contributed to her wealth. 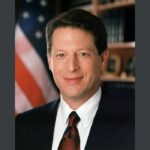