What is Juancho Hernangòmez’s Net Worth?

Juancho Hernangòmez is a Spanish professional basketball player who has a net worth of $17 million. Juancho is currently a player of the NBA’s Utah Jazz, where he plays power forward.

Hernangómez made his senior Spain national team appearance at the EuroBasket 2017 after competing with the Spanish national under-18 basketball team at the FIBA Europe Under-18 Championship in 2013.

In 2016, he won the ACB Best Young Player Award. Hernangómez also starred in the Netflix film Hustle, which was recently released and was produced by LeBron James and Adam Sandler.

Juan Alberto “Juancho” Hernangómez Geuer was born on 28 September 1995 in Madrid, Spain to Guillermo Hernangòmez  Heredero, a former Spanish basketball player who played for Real Madrid and Estudiantes and  Margarita Geuer Draeger was an international basketball player, winning a European championship with Spain in 1993.

He has two siblings, Willy who currently plays for the New Orleans Pelicans and previously for Real Madrid, and Andrea who presently plays for Estudiantes’ youth team.

Hernangómez started his basketball career in 2007, with CB Las Rozas’ youth squads and later for Real Madrid before joining Club Baloncesto Majadahonda. Hernangómez earned his first professional deal with CB Estudiantes in 2012 and played for their second team until 2014 when he was transferred to the first team.

In the 2016 NBA draft, the Denver Nuggets selected Hernangómez with the 15th overall choice. With the Nuggets, he agreed to a rookie scale contract. He was a member of the NBA Development League’s Sioux Falls Skyforce in 2017. Against the Golden State Warriors, he assisted the Nuggets set an NBA record by making 24 three-pointers.

In a three-team trade including the Denver Nuggets in 2022, Hernangómez was traded to the San Antonio Spurs, and later to the Utah Jazz. Hernangómez represented Spain at the FIBA Europe Under-18 Championship in 2013 with the national under-18 basketball team. At the EuroBasket 2017, he appeared for the first time in his senior Spain national team. Spain won the bronze medal and advanced to the 2019 FIBA World Cup after finishing third.

In a recent interview, he stated that fine wine, street art, and classic cars are things that interest him off the court. The Hermanos Hernangómez Basketball Camp is a two-week camp that he and his brother and sister organized in Spain, near my hometown, where the kids may play basketball, and soccer, swim, do art and take English classes.

As of 2023, Juancho Hernangòmez’s net worth is estimated to be $17 million. Juancho’s maximum earning is collected through salary and brand endorsement. Additionally, he has recently appeared in a NetFlix film ‘Hustle’. His entire family is similarly active in playing professional basketball. In the future years, his earnings are likely to rise as he continues to play basketball in the NBA. 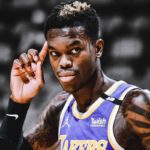